By mhfciadmin | Jun 14, 2012
Jordan Bryant is an MTCC AmeriCorps Summer Associate VISTA serving with the FoodCorps team in Somers, MT. 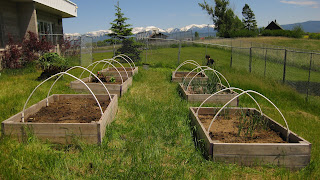 Ahh, the to-do list. Though the list itself takes on a different form for each of us, they seem to be one of those universal truths to which we all can relate.
Heading north out of Missoula to my summer work site I felt a bit like a blank sheet of paper, a pen hovering over my surface, about to start frantically numbering out that list.
Reporting to Somers Middle School for our first morning of service, we were given the formal introduction to our site. First stop on our tour were the raised beds that were constructed by last summer’s VISTA volunteers. The pen dropped and the list began… 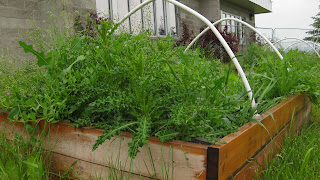 1. Weed raised beds
2. Weedwhack grass in garden area
3. Transplant garlic
Up next was the greenhouse.
4. Identify plant starts
5. Determine which plants would
need to be started from seed a
second time
6. Organize tools and clean workspace 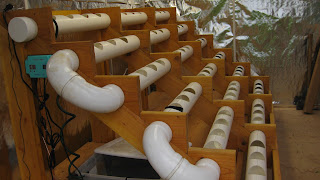 The last stop on our introductory tour was the hydroponic shed, a new addition to the Somers Middle School food system.
6. Clean and sterilize donated pumice
7. Hang grow lights
8. Add fresh water and minerals to the
system
As our first day went on, the list grew. It filled a whole page and then spilled over onto a second. It had rained all day and we hoped out loud that the weather would improve so that we could get started in the garden. I left the first day feeling a little dizzy as I thought about all the work that had to be done. 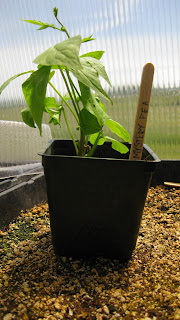 The next morning the sky had cleared and the sun was shining off the Mission Mountains. The to-do list was just as long, and that second day it grew even longer, but with the sun on my face, I felt ready to take on the challenge.