Give the power and joy of food this Giving Tuesday!

25 Books to Deepen Our Commitment to Racial Justice

Undoing racism takes work. That means reading up on racial justice and learning how we contribute to—and benefit from—structural inequities.

Undoing racism takes work: a lifetime of learning hard truths, challenging systems, and asking questions that bring us closer to a just world. Where do you start?

FoodCorps is striving for a world where every kid in every school has access to healthy food. The health disparities that face kids in communities where we serve are a direct result of structural inequities and systemic discrimination based on race, place, and class.

We recognize how we have perpetuated these inequities in our work: there are times when we have fallen into patterns of white saviorism, for example, and leaned heavily on white-dominant organizational practices. Over the past year, we’ve begun to realize the extent of the harm we’ve contributed to in new and difficult ways. Mending this harm is complex work we take seriously; we’re working toward building a service corps that reflects the communities we serve and a staff culture where everyone feels welcomed and included. Still, we realize we haven’t figured it out yet, and that this is the beginning of what will be a long journey.

Part of our pursuit toward becoming an anti-racist organization involves some individual learning about how we contribute to, and benefit from, structural inequities. For many of our staff, that means reading up on racial justice—including books specifically about this topic as well as other works that center the stories of people of color. Here, we also recognize the importance of white-identifying staff educating themselves on the realities of racism in our world, rather than placing the burden on colleagues of color to teach them.

There’s no shortage of inspiring, informative, and even challenging books on the realities of racism in America and around the world. Here are some of the books a few of us have read—or that have been recommended to us—as part of our quest to work toward racial justice together.

“This Bridge Called My Back: Writings By Radical Women of Color” edited by Cherríe Moraga and Gloria Anzaldúa

Originally published in 1981, “This Bridge Called My Back” is a classic feminist anthology of works centering on the intersectional identities and experiences of dozens of women writers and artists of color.

“How to Be an Antiracist” by Ibram X. Kendi

From the publisher: “Kendi takes readers through a widening circle of antiracist ideas—from the most basic concepts to visionary possibilities—that will help readers see all forms of racism clearly, understand their poisonous consequences, and work to oppose them in our systems and in ourselves.”

“So You Want to Talk About Race” by Ijeoma Oluo

Ijeoma Oluo’s book is an accessible but robust primer on race in America—including why it can be so hard to talk about racism, and how to confront that discomfort and talk about it anyway.

“For White Folks Who Teach in the Hood” by Christopher Emdin

Educator Christopher Emdin challenges the perception of “urban youth of color as unteachable,” and instead provides both theoretical and practical guidance for white educators and others teaching in urban schools.

“The Memo: What Women of Color Need to Know to Secure a Seat at the Table” by Minda Harts

Described as “Lean In for women of color,” a career advice guide that considers how white privilege, microaggressions, and other mechanisms of racism prevent women of color from advancing professionally, and provides support to women of color navigating these systems. 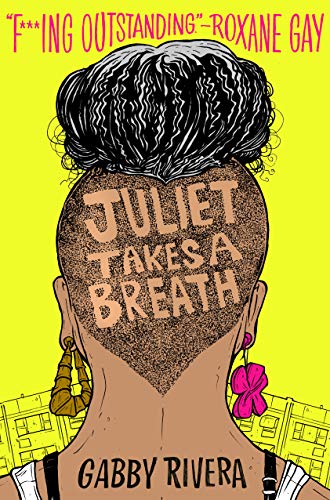 The sole young-adult fiction book on this list, this novel looks at issues of race, gender, and sexuality through the eyes of Juliet, a Puerto Rican lesbian from the Bronx exploring a summer internship in Portland, Oregon.

“Why Are All the Black Kids Sitting Together in the Cafeteria?: And Other Conversations About Race” by Beverly Daniel Tatum

This classic book examines the psychology of racial dynamics in America, with a particular eye toward how these dynamics play out for young people.

“When They Call You a Terrorist: A Black Lives Matter Memoir” by Patrisse Khan-Cullors and asha bandele

This memoir from a founder of the Black Lives Matter movement takes a long look at the epidemic of police brutality and the formation of Black Lives Matter: “Condemned as terrorists and as a threat to America, these loving women founded a hashtag that birthed the movement to demand accountability from the authorities who continually turn a blind eye to the injustices inflicted upon people of Black and Brown skin.”

American history as it’s taught in many high schools is often framed through a white-centric lens. This book challenges that default, offering “an intersectional history of the shared struggle for African American and Latinx civil rights” using a variety of narratives and primary source documents. 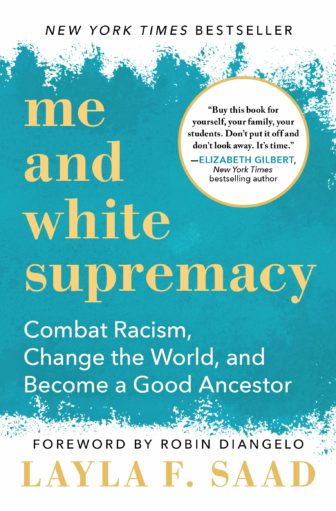 “Me and White Supremacy: Combat Racism, Change the World, and Become a Good Ancestor” by Layla F. Saad

Layla F. Saad’s book invites readers into an interactive reading experience focusing on the ways they uphold white supremacy in their lives, taking responsibility for this truth, and learning from it.

“The Color of Food: Stories of Race, Resilience and Farming” by Natasha Bowens

From the publisher: “Author, photographer, and biracial farmer Natasha Bowens’ quest to explore her own roots in the soil leads her to unearth a larger story, weaving together the seemingly forgotten history of agriculture for people of color, the issues they face today, and the culture and resilience they bring to food and farming.”

“The New Jim Crow: Mass Incarceration in the Age of Colorblindness” by Michelle Alexander

Legal scholar Michelle Alexander challenges the idea that the election of President Barack Obama signaled an end to racism in the United States, and instead posits the criminal justice system as “a contemporary system of racial control.”

This work of historical fiction is based on the real story of an abusive reform school for boys in Florida. In Colson Whitehead’s version, two friends have different ideas about how to escape the injustices they suffer during the Jim Crow South of the 1960s.

“This Muslim American Life: Dispatches from the War on Terror” by Moustafa Bayoumi

A collection of essays, this work considers the “culture of fear and suspicion” that follows Muslim Americans in the United States and examines how Islamophobia plays out across institutions after the terrorist attacks of September 11, 2001. 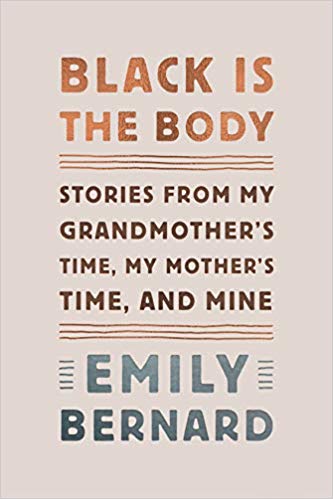 A collection of essays about the author’s experiences with race: “Blackness is an art, not a science. It is a paradox: intangible and visceral; a situation and a story. It is the thread that connects these essays, but its significance as an experience emerges randomly, unpredictably.”

“Farming While Black: Soul Fire Farm’s Practical Guide to Liberation on the Land” by Leah Penniman

Soul Fire Farm is a community farm centering people of color and committed to “ending racism and injustice in the farm system.” Farming While Black offers a manual for people of African heritage reclaiming their roles in the food system.

“The Color of Success: Asian Americans and the Origins of the Model Minority” by Ellen D. Wu

From the publisher: “The Color of Success tells of the astonishing transformation of Asians in the United States from the ‘yellow peril’ to ‘model minorities’—peoples distinct from the white majority but lauded as well-assimilated, upwardly mobile, and exemplars of traditional family values.”

“Queer and Trans Artists Of Color: Stories of Some of Our Lives” by Nia King

This collection of interviews has been described as containing “the future of QPOC art activism.” It centers the ideas of queer and trans artists of color about what it means to survive and find success—and it’s been expanded into additional volumes, too. 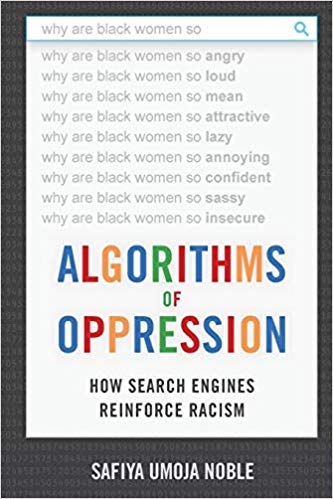 “The History of White People” by Nell Irvin Painter

From the publisher: “Nell Irvin Painter guides us through more than two thousand years of Western civilization, illuminating not only the invention of race but also the frequent praise of ‘whiteness’ for economic, scientific, and political ends.”

Another work of fiction on our list, poet Ocean Vuong’s debut novel is an exploration of race, class, gender, and sexuality as it comes to light for a family grappling with the effects of war in their home country of Vietnam.

Inspired by the author’s viral blog post on the same subject, this book unpacks the author’s frustration with “the way that discussions of race and racism in Britain were being led by those who weren’t affected by it,” and posits new ideas for thinking and talking about race.

“Between the World and Me” by Ta-Nehisi Coates

This powerful work is framed as a letter from the author to his adolescent son, sharing both the history and the modern burdens of racism as it manifests in the United States.

“Antagonists, Advocates and Allies: The Wake Up Call Guide for White Women Who Want to Become Allies with Black Women” by Catrice M Jackson

How do white women perpetuate racism against Black women? This book “delivers uncomfortable truths and painful realities about the conscious and unintentional pain you have inflicted on Black women” and shares how white women can use their privilege to eliminate racism.

“This Book is Anti-Racist: 20 Lessons on How to Wake Up, Take Action, and Do the Work” by Tiffany Jewell

One more book for the young people in your life: Tiffany Jewell’s book is an accessible overview of racism, privilege, and oppression and full of tools for dismantling systemic racism as well as challenging day-to-day instances of racism in life.