By Rachel Woolworth for the Herald Democrat 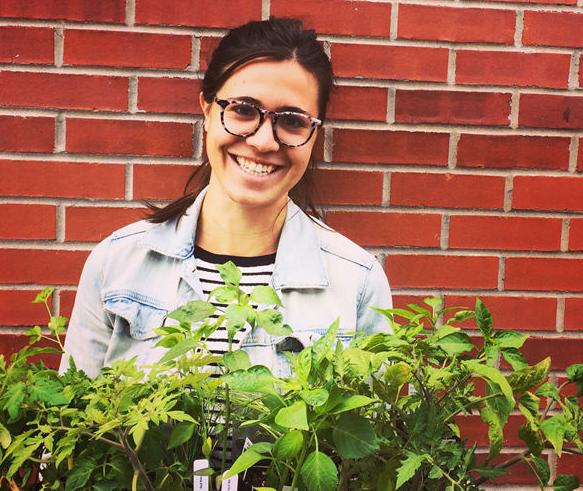 “No matter what people are consuming, my goal is for them to care about the impact it has on our environment and planet from beginning to end,” Emily Olsen said of her vision for Cloud City Conservation Center (C4). Olsen replaced Kendra Kurihara, who led C4 for three years, as the nonprofit’s director earlier this month.

Originally from Vermont, Olsen grew up alongside her mother’s garden, roadside farmstands and orchards. When Olsen began studying at New York University, she noticed the different challenges to food access in an urban area.

“Living in New York made me understand that not everyone understands where their food comes from,” Olsen explained.

A few years after graduating, Olsen moved to rural Arkansas to run a school garden program with FoodCorps. And though Olsen was introducing young students to leafy greens and root vegetables, it was evident that students’ families often couldn’t afford the produce they were growing in school.

So when Olsen moved to Denver a few years later, she took a position with a bike-powered food rescue operation focused on dismantling barriers to food access. Olsen ran Denver Food Rescue’s operations for three years, until the lure of mountain living became too much.

“I was tired of looking at the mountains every day,” Olsen said. “I wanted to be in them.”