Growing Plants to Eat on the Tohono O’odham Nation

My name is Jerome Marquez, and I live on the Tohono O’odham Nation and am indigenous to southern Arizona. I am a FoodCorps service member with the Native American Advancement Foundation (NAAF) and serve the students in my community at the San Simon School on the Tohono O’odham Nation. My service supports the very large San Simon school garden under the watchful eye of Roy Calabaza, the school’s librarian and garden leader. I am also tasked to assist with the development and integration of NAAF’s Gu-Vo community garden. 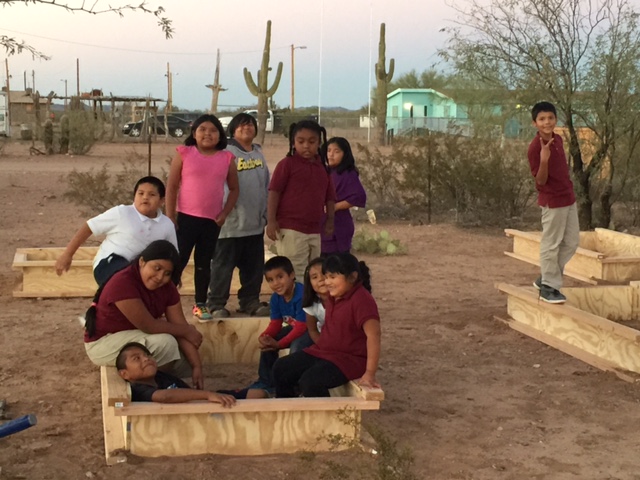 My FoodCorps experience began at national orientation in Portland, Oregon with my 215-service-member cohort. Together, we learned how to provide gardening skills to students to grow their own vegetables and watch them grow with a scholastic eye, with a distinct feeling of achievement, along with self-sufficiency and self-reliance, and gain many perspectives on farming. They called us…cohorts…We were tasked to be teachers of earth and seeds using the information collected from books, along with our own unique perspectives on dirt, seed, and water. Flooding in the morning and flooding before you left—daily—and, eventually, a plant will sprout (hence the term”Sprout Scout”) for eager youths to gain the efforts put into raising their own, healthy meals. 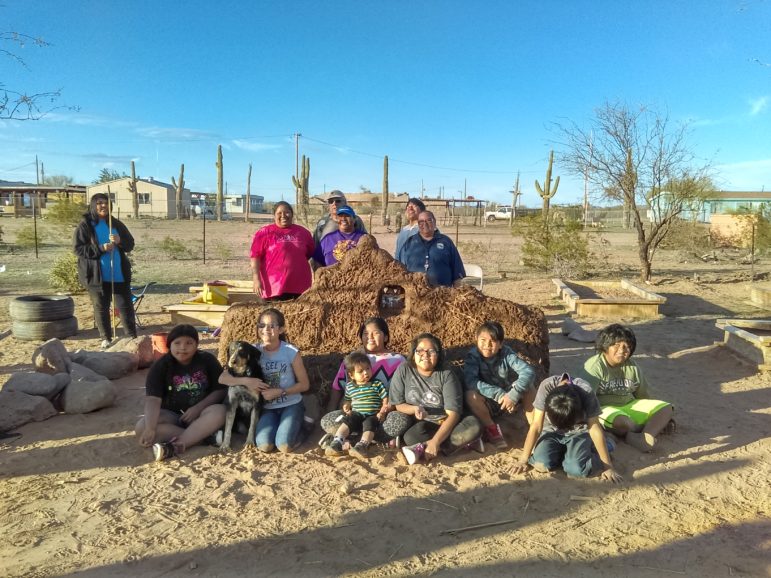 We were influenced  by our team leader (though mainly there for inspiration and guidance), who we referred to as our state fellow. We began by building garden beds out of lumber and nails. Help from community members and knowledge from outside sources as well. We acquired material by asking for help from anyone willing to. We had other organizations attribute to building a community garden right into the Earth. They also demonstrated the fundamentals into building an earth-bench out of trash and using a veranda to harvest rainwater—who knew?! We do, now! This was the power of coalition. It took time and it was not overnight: gradual, very, very gradual. There is much room for improvement, but now it is and that’s what I believe was the goal: the intent of the gardens to be set up and established for the people involved—within the area—to keep going, as it is to be built upon by their own design—be that what it may; this is always, too. 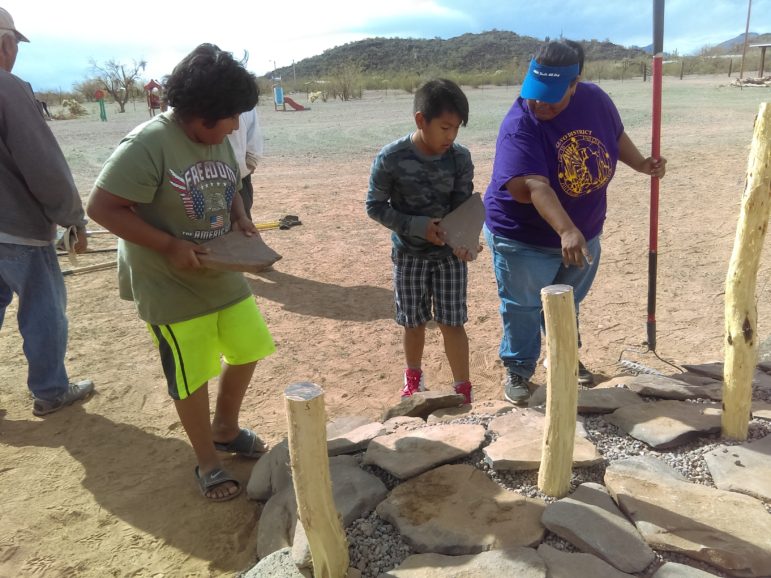