The Health of Our Union

What does a “strong” country actually mean for the health and well-being of our nation’s students? Our hopes for the 2020 State of the Union Address. 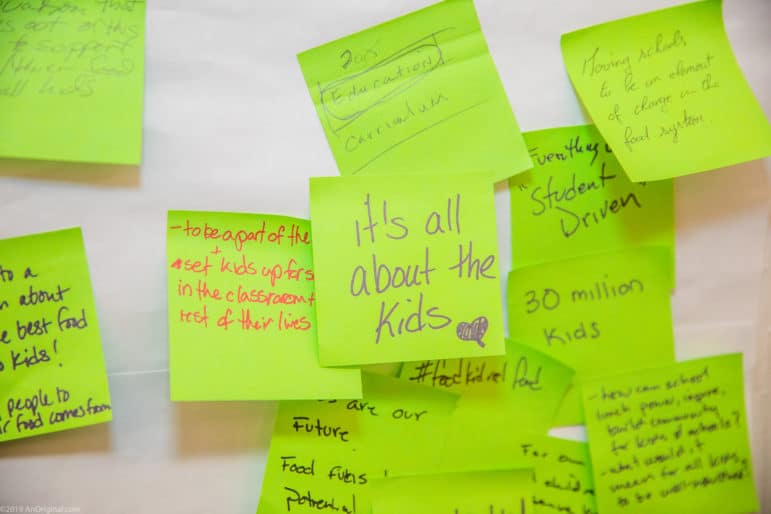 Tomorrow President Donald Trump will deliver his State of the Union address to our nation. Every president brings a unique style to the annual mandate, but one thing never changes: the speech is an important moment to rally Americans around policy for our country.

At FoodCorps, education, health, and social policy form the foundation on which we serve schools across the country. Healthy food is a building block for a full life, and we envision a future in which all our nation’s students know what healthy food is, care where it comes from, and eat it every day.

But in our country, not all students have access to healthy food or education about how to make healthy choices. To make matters worse, structural inequities based on race, place, and class have resulted in health disparities that have taken an unjust toll on children of color and children growing up in households struggling to make ends meet. Policies that shape our nation’s education and social support infrastructure can correct these injustices.

Since the 2016 election, President Trump has laid out a domestic agenda that purported to strengthen education, healthcare, and the working class. Unfortunately, his policies have resulted in an agenda that undermines the education, health, and well-being of our nation’s kids. In the last year alone, the Trump administration has:

As President Trump prepares to address the nation, amid perhaps the most polarizing moment of his executive tenure, we’ll be watching tomorrow’s State of the Union address with an eye toward his administration’s domestic agenda. Here are four opportunities to address the health and well-being of American students:

1. Role of Food in Student Health

There’s an old saying: an ounce of prevention is worth a pound of cure. With so much political debate around healthcare costs, fueled in large part by preventable diet-related diseases, how might President Trump promote prevention and increase investment in healthy school meals, which 30 million kids eat every day?

Schools are our nation’s largest restaurant chain, and programs that incentivize schools to purchase from local farms are a win-win for kids, families, farms, and regional economies, particularly in rural areas. Will President Trump invest in local economies and more healthy food in schools by supporting the Farm to School Act?

Children who lack a quality diet are more likely to face a lifetime of challenges: they score lower on tests, miss more days of school, advance less in their careers, and raise children who are likely to repeat the same cycle. Will President Trump lay out a plan for universal school meals, so that all kids—regardless of race, place, or class—are well-nourished and ready to thrive at school and beyond?

In each of his State of the Union addresses to date, President Trump has said, “The state of our union is strong,” and odds are that he’ll say it again tomorrow. For the statement to be true, his speech must include a domestic agenda that paves the way for education and social policy that builds a strong foundation for our kids—the future of our country.

When you speak up for policies that help schools nourish kids, everyone wins. Join us in taking action. Visit the FoodCorps Action Center to learn more.